Bordering Lake Nicaragua, the city of Granada is known for its beautifully preserved colonial architecture, including a carefully restored cathedral and a picturesque plaza. Its cobblestone streets are lined with striking homes, stunning churches, art galleries, museums, and cafes. Just off Granada’s shores sits a smattering of small islands formed by millennia-old volcanic eruptions. “Las Isletas” vary in size, and while some islands are privately owned, others welcome visitors with restaurants, shops, hotels and attractions. A simple kayak trip is a great way to explore the small isles.

Sitting on a crescent-shaped bay, San Juan del Sur remains a beach bum’s heaven. Surfers from around the world gather here for its big swells and beautiful natural beaches.  Once a fishing village, San Juan today offers an interesting mix of local culture with complete and diversified tourist offerings, from whale watching to canopy and rappelling tours and everything in-between.

Located on Lake Nicaragua, Ometepe Island sits between the Concepcíon and Maderas volcanoes. The rustic, off-the-beaten-path island is home to just a handful of communities. Explore pristine jungle forests, hike a volcano, set out for picturesque waterfalls and discover remote coves and beaches.

The Solentiname Islands are in the southern part of Lake Nicaragua.  These four relatively large islands host an astonishing concentration of birdlife, including tiger herons, roseate spoonbills, and many migratory species. Today, the Solentiname community is widely known for its thriving artist population. Paintings by resident artists capture local imagery: exotic flora, vibrant birds, and inhabitants going about their daily life. Visitors can hike, swim, or explore the islands by canoe.

This is our Alluring Nicaragua, a secret gem little known among travelers.

Nicaragua is 1 to 2 hours behind of US Eastern Time Zone depending on the time of year. 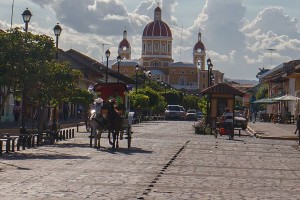 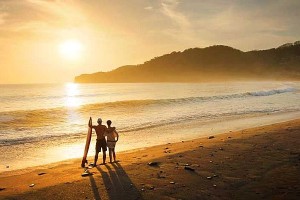 Recently we arrived back from Nicaragua.  Loved every moment of the trip.  Mukul was everything promised….it was amazing! The tours were also great.  Thank you again for your time and effort on making our trip so wonderful.  Take care.