Located in the heart of Argentina’s Southern Patagonia region lies El Calafate. While an increasing interest has seen a wealth of hotels and facilities spring up throughout the area, being situated on the edge of what is the second largest body of ice on the planet, known as the Southern Patagonian Ice Field, makes Los Glaciares National Park the region’s biggest draw. Declared a Natural Heritage of Humanity by UNESCO in 1981, the park protects an area of some 47 plus glaciers traveling from the Southern Patagonian Ice Field and flowing into the Argentino and Viedma lakes, creating a magnificent backdrop of ice tongues and turquoise water lakes crowned by snow-capped mountains. 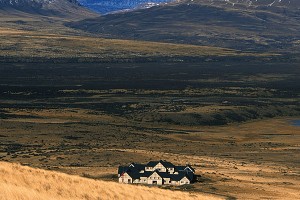