Hidden at the southernmost tip of the Americas and isolated from the rest of the country by two vast ice caps, a harsh, wind-whipped climate and geological curiosities unmatched define the desolate region that is Chile’s Southern Patagonia. The region is home to some of the most beautiful natural attractions in the world: the breathtaking granite towers of Torres del Paine, glaciers of the Southern Patagonian Ice Field… With 50% percent of the region a Protected Wilderness Area, only the resounding silence of pure nature is there to accompany you on your endless adventures.

Situated on the shores of the Señoret Channel, Puerto Natales was at one time (then a mere fishing port) the hub of Chile’s prosperous ranching industry. It would end up nothing more than a pass through to the Torres del Paine National Park in the years to come, but being a gateway city to the park has brought with it an inevitable transformation, the city today boasting all the needed tourist amenities from outdoor gear and souvenir shops, to fine dining and first-rate hotels. There is also an endless list of outdoor activities to be enjoyed as well.

Long before Puerto Natales became a base for exploration, Puerto Bories was an economic powerhouse in Southern Patagonia, which saw prosperity for southernmost Argentina and Chile with its process of wool and lamb exports. Today, decades after the early 20th century cold storage plant – home of Frigorífico Bories – closed in 1993, it has reopened as part of the authentic Patagonia 5-star luxury hotel, The Singular Patagonia. The hotel has preserved the original installations as a museum, the Private Collection of machines, engines and other artifacts open to the public. Parts of the old pant have even been incorporated into an ample bar and restaurant, others remaining in their original configuration such as the boiler room. The hotel also makes an ideal base for exploring Patagonia and its Torres del Paine National Park.

The 1978 UNESCO biosphere reserve of Torres del Paine National Park—the country’s most famous and stunning national park—is the centerpiece of Chile’s Patagonia. A still largely undiscovered and distant place, Torres del Paine National Park owes its beauty to its 4 ecosystems; its diverse flora and fauna – the park’s some 598,000 acres home to more than 40 mammals including the Patagonia gray fox and puma, and some of the world’s rarest bird species such as the crested cara and Andean condor; and its wide variety of geological elements including forests and golden pampas, torrential rivers and glacial valleys. Visitors are awed by the spectacular mountain range of the same name that frames the park, extending to heights of 9,000 feet. It is here where you will find the Cuernos del Paine, a granite massif that has been sliced into dangerously-sharp spires by glaciers; and beyond, the vertical, triple towers of the Torres del Paine. There are also 4 great glaciers to discover; mirrored lakes, each with their own beauty and vista; lagoons that stand out for their tranquility and majesty; and surging, hypnotic falls. 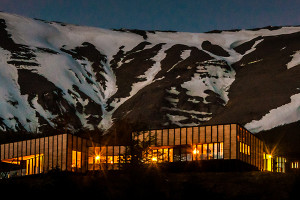 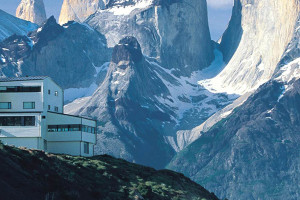 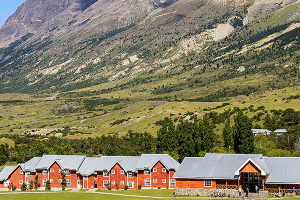 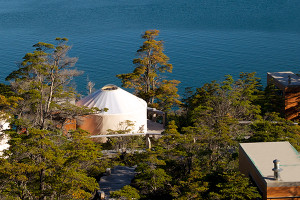 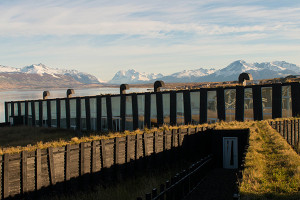 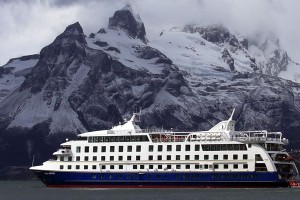 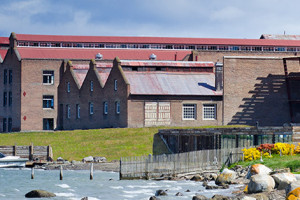 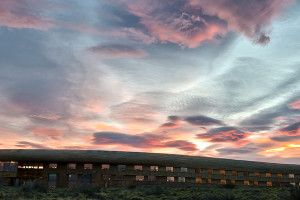