Hosting only a 2% share of the Amazon, known as the Oriente, Ecuador’s Amazon rainforest boasts the largest biodiversity on the planet, its Yasuní National Park and Biosphere Reserve (Ecuador’s best-known park in the region) alone widely believed to be home to the most diverse set of species on Earth. In just a single hectare in Yasuní’s park, one would find more tree species than anywhere else in the world, and an astounding 100,000 insect species; with a documented 596 some bird species, Yasuní is a true birder’s paradise to rival any destination in the world. Perhaps even more spectacular is the environment’s natural ability to sustain this extraordinary scope of flora and fauna for the long term.

Sumaco-Napo-Galeras National Park and Llanganates National Park are some of the other national parks that, along with Yasuní, protect parts of the Ecuadorian Amazon, in addition to refuges for Amazon wildlife such as the Cuyabeno Wildlife Reserve—both much needed establishments in face of the widespread exploitation of the region’s oil-rich grounds. The industrial-scale extraction (a vital economic source for the Ecuadorian state) of which continues to pose a serious threat to the environment and to the indigenous communities that call it their home.

Note that Ecuador has one of the best developed ecotourism infrastructures in South America, the country providing the easiest access to the Amazon basin (which occupies about a third of Ecuador) on the continent. If you’re looking for a luxury lodge experience, or a true outdoor adventure, Ecuador has a program for you. 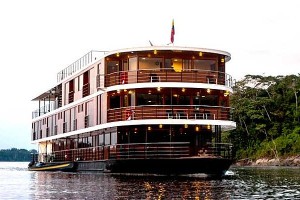 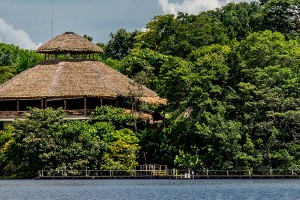 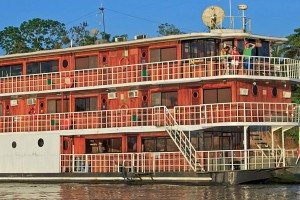 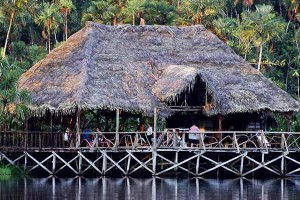