While seemingly unfit to host life, the surrounding waters and the sea life that thrives there beckon a visit.

Marine life both big and small reside here, and perhaps the most alluring spectacle is the southern right whales that take rest in the peninsula’s natural bays, their breeding and nursing grounds between June and November.

Dolphins, southern sea lions, southern elephant seals, a high diversity of birds including Magellanic penguins (depending on the year), humpback whales, and orcas (killer whales) are no strangers to these parts—the last an undoubtedly rare wildlife opportunity, for the pod that scouts these grounds in search of sea lions is one of only two in the world that have taken to ingeniously beaching themselves in the hunt for food.

Land mammals such as the rhea (relative of the African ostrich), the guanaco (related to the llama), and the mara (resembling a large hare) are also numerous.

Although the peninsula’s nearest town, Puerto Madryn, bustles with tourism and industry, as the gateway to Península Valdés, it makes for an excellent base from which to explore the region, with other regional highlights such as the Magellanic penguin colony found at Punta Tombo and the Welsh settlement at Gaiman each only a short trip away.

From the end of June to the end of August, you can also enjoy whale sightings. 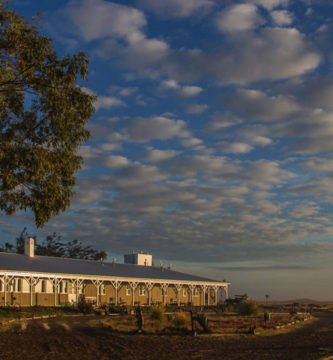 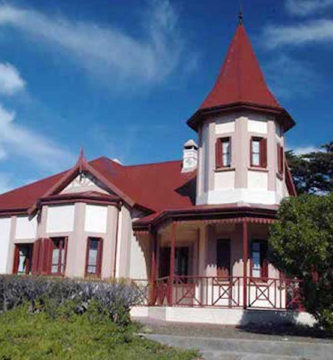 Estancia Rincón Chico was constructed following the style of old English houses imported in the late 19th century which is common to find in the traditional Patagonian ranches, with a surrounding gallery and large deck on the front.

Only 98 feet away, and with the same architectural line, is one of the first houses on the property that was brought by boat directly from England in 1897.

A unique place in the Península Valdés, Estancia Rincón Chico’s 23 square miles of property has 9 miles of privately owned coastline with the highest concentration of fauna of the whole area for the unique use of its guests.

The guest house features 8 comfortable, en-suite rooms, which can be assembled as needed to accommodate individual parties. In the living room, you will find a varied library of books about the fauna of the Península Valdés, renowned authors’ photo books, various publications of scientists who work at the ranch, and a DVD player to watch documentaries including highlights made on the property by film crews such as National Geographic and BBC.

All meals are served in the adjacent dining room, which is decorated with antique furniture that belonged to the family and features a wine bar. Operating rooms for Estancia Rincón Chico’s researchers, tour leaders, guides and drivers are located on the west side of the lodge.

The guest house electricity has wind-powered 12 volt current during the day. In the evenings, a diesel generator provides 220 volts and satellite Wi-Fi. Electrical outlets have built in adapters to fit North America and Europe. 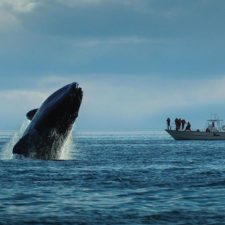 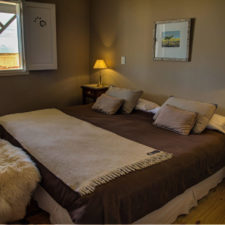 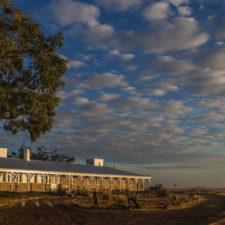 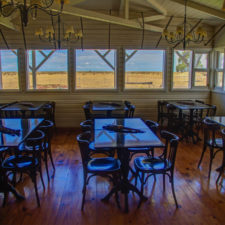 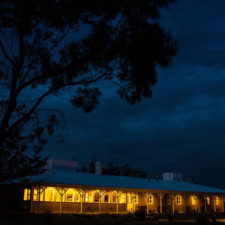 Peuma Hue´s 500 acres of wilderness are located at the southern end of Lake Gutiérrez, only 25 minutes south from the town of Bariloche, 35 minutes from Mt Catedral and 45 minutes to 1 hour from its international airport.

Bariloche is the gateway to the northern Patagonian Andes and an internationally renowned mountain resort, famous for its wonderful skiing in winter and its unique beauty in spring, summer and fall.

Estancia Peuma Hue is easily accessible, but still maintains a peacefulness and majestic nature found in few other locations. The estancia and boutique hotel provides a gorgeous setting to explore this slice of heaven on earth. Explore the impressive mountain scenery on horseback, or hiking on one of numerous mountain trails that rise high above the estancia into the mountain, creeks, waterfalls, majestic forests, meeting a variety of fauna that call our estancia home while lodging in its cozy hotel!

The Mountain Lodge comprises 2 houses with 4 independent rooms each and 3 private villas for accommodations; a boardroom, a non-denominational Temple, an organic vegetable garden and greenhouse, boathouse, stables and pastures for the horses and cabins for our wonderful staff. With a capacity for 28 guests and staff living on-site, the eco-lodge offers a highly personalized experience and an inviting atmosphere for all. 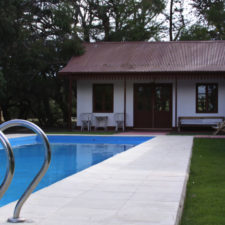 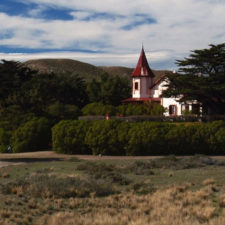 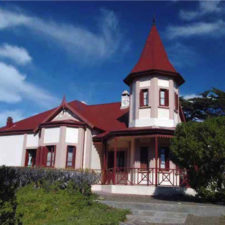 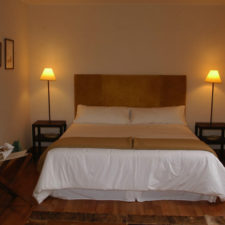 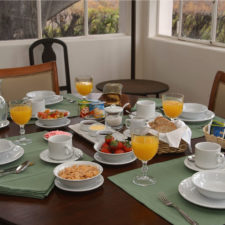