Tayrona National Park is among Colombia’s most important and gorgeous national parks.

The sheer beauty of its natural environment makes for the park’s main attraction.

Located at the foot of the Sierra Nevada de Santa Marta, this park, which is mostly tropical jungle, unfolds a varied scenery, from the south’s rainforest to the arid climate of the west, with its light-brown hills and cacti. The central and eastern parts boast a more verdant backdrop, its wetland covered with lush rainforest. The coast in the north, as you travel down the marked jungle trails, is punctuated with openings that lead to splendid white-sand beaches.

All this, with its crystal waters, large biodiversity, and some impressive options for accommodation, make Tayrona one of the north coast’s most appealing destinations.

Tayrona is sanctuary to over 300 bird species as well as a multitude of exotic animals including jaguars, howler monkeys, iguanas, red woodpeckers, and lizards.

Of the park’s total 37,066 acres, over 7,000 are protected marine reserve that boast equal biodiversity. You are sure to admire the striking coral formations found here in the reserve, and some of these sites are available to visit via diving excursion.

The closest beaches to the park’s entrance (approximately a 30- to 45-minute walk) are the picturesque Cañaveral and Arrecifes. Pricey camping facilities with no shortage of showering and bathroom facilities as well as small eco-lodges, more upscale versions of the traditional accommodations of the area, can be found.

However, the waters have some of the most unpredictably vicious currents (always steer clear of red flags in the water), which means swimming is off limits. This is true on Arrecifes, in particular, where numerous lives have been lost.

Happily, beaches like San Juan and the spectacular La Piscina, both a beach and natural lagoon formed by offshore coral, make for excellent swimming sites, but only during daylight. These two spots offer great snorkeling as well.

And for those seeking a little more stimulation, there are the ancient ruins of Chairama village—a smaller version of “The Lost City”—to hike. Believed to have once been a major settlement of the Tayrona people, its 500 or more uncovered dwellings would have housed 4,000 villagers. 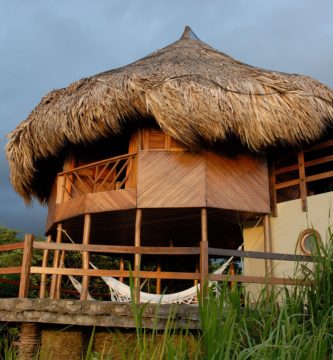 For the most comfortable ecohabs tayronaaccommodation in Tayrona National Park, Ecohabs Tayrona is your best choice. Located on the beautiful Cañaveral beach, travellers can enjoy peace and privacy in cozy bungalows good for up to 4 persons, in one of the best places in all Colombia.
Ecohabs TayronaThe bungalows are built with native wood and high roofs covered in palm leaves, a design inspired by the ancient Tayrona tribes. Each bungalow provides a great view of the Caribbean Sea and the green landscape.
From Ecohabs Tayrona guests may easily explore the rest of Tayrona National Park, choosing from a variety of activites such as bird watching, trekking to the ancient ruins of the Tayrona tribes, or simply taking long walks along the different beaches of the park, as Arrecifes, Cabo San Juan del Guía, La Piscina, etc. 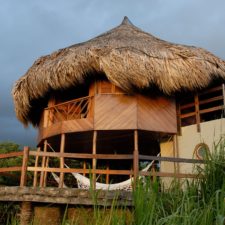 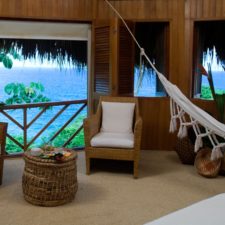 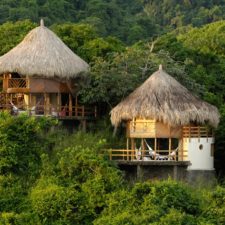 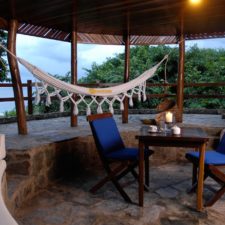 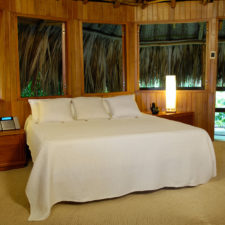 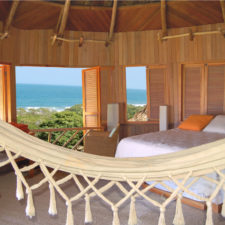