The Bocas del Toro Archipelago—comprising 9 islands, 52 keys, and 200 small islets surrounded by azure Caribbean—is an island hopper’s dream located in Panama’s northwest. Part of the Bocas del Toro District, in the province of the same name, it is quickly changing from what was once a backpackers’ destination to a more upscale resort area, with several luxurious hotels, restaurants, and ecotourism and other adventure facilities, in addition to a diversity of wildlife and people.

Boasting half the archipelago’s population is province capital Bocas del Toro Town (or Bocas Town), located on Isla Colón, the largest, most developed island. A popular tourist destination year-round, the friendly, laidback community comprises weathered clapboard houses on stilts, wide streets arranged in a grid, and several businesses, including a variety of hotels and restaurants and an abundance of dive shops (most on or near Calle Principal, the main drag), making it a prime base for exploration, where opportunities for boat trips, snorkeling, swimming, surf sports, diving, sunbathing (Isla Colón is home to several white-sand beaches itself), and mainland adventures and more abound.

About 10 minutes from Bocas Town is the archipelago’s second-largest island, Isla Bastimentos. The island is one of the most popular destinations in the region for its standout snorkeling and diving. In addition to some of the archipelago’s best beaches, such as Red Frog and Wizard Beach, which are nesting sites for four of Panama’s five kinds of marine turtles, are indigenous villages such as the Ngöbe-Buglé village of Quebrada Sal (Salt Creek) and Bahía Honda (home to subterranean river cave the Nivida Bat Cave, a popular visit); a handful of highly recommended lodges, and 68 bird species, the island’s main settlement, Bastimentos Town (referred to as Old Bank by locals)—a community of some 200 mostly Afro-Caribbean inhabitants that has origins in the banana industry; and the popular Panamanian-style seafood of Crawl (or Coral) Cay’s Crawl Cay Restaurant.

The island is also home to the Bastimentos Island National Marine Park—Panama’s first marine reserve—which protects approximately 32,000 acres of various ecosystems, including mangrove and species-rich virgin tropical forest in addition to endangered and threatened reptile species such as leatherback and hawksbill turtles. While a lot of the park is inaccessible, particularly the forest interior, most of its flora and fauna can be seen in the private reserves of nearby jungle lodges, including tiny bright-red poison dart frogs, two-toed sloths, and toucans. The two Cayos Zapatillas islands’ impressive 1,200 acres of protected coral reefs boast even greater biodiversity, including sea stars, spiny lobsters, angelfish and parrotfish, spotted eagle rays, and countless other marine creatures—which makes for world-class snorkeling and diving. 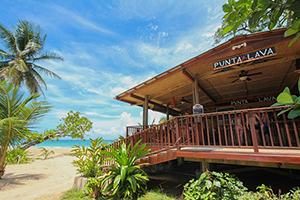 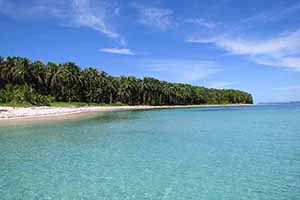 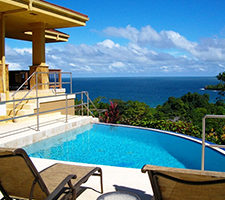 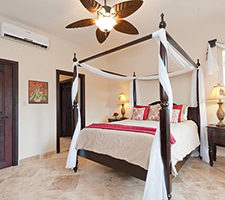 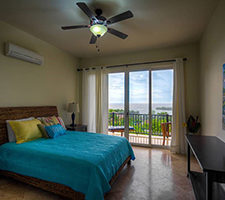 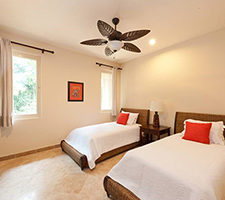 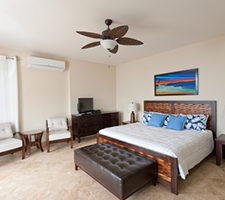 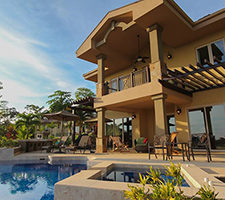 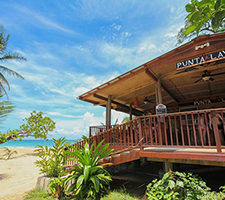 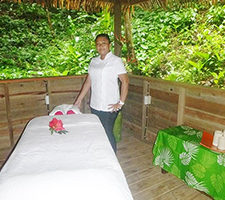 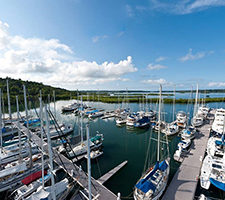 Tranquilo Bay’s two most overlooked features are its amazing location and superior facilities. Situated on 200 heavily forested acres of Panama’s Western Caribbean Coast and surrounded by three distinct ecosystems, biodiversity and wildlife thrive. If you are into eco-adventures such as birding and wildlife watching, hiking, snorkeling the coral reef, kayaking or forest ecology, be prepared for the experience of a lifetime. Your deluxe cabana is the perfect exploration base camp; from here, there are days’ worth of excursions to keep you enveloped in the forest and ocean. Tranquilo Bay is your home base for your Panama vacation and provides you with six deluxe air-conditioned cabanas, beautiful views, eco tours, personal attention and fine cuisine for your family vacation. Tranquilo Bay is family friendly. It is perfect for the avid adventurer, families, and couples as well as those looking to get away from “real” life for a few days. 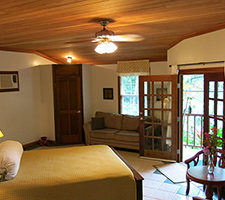 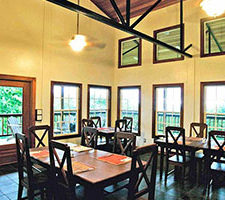 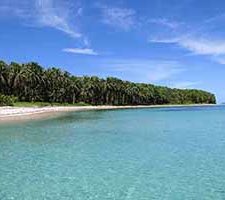