The town of Colón Province’s San Felipe de Portobelo was founded in 1597 as a replacement for Nombre de Dios city, as a port of transit and transshipment. The town was once the greatest Spanish port in Central America and one of the Caribbean’s most important ports for two centuries. As South American gold was temporarily stored here, pirate attacks were rampant—despite the several fortresses erected. After a century and a half of attacks, Spain finally began shipping the gold around Cape Horn instead (1740), seeing the end of Portobelo’s trade fairs.

Today, Portobelo is a laid-back Caribbean fishing village, which appears much the same as it did in Columbus’s day—containing some of the most interesting colonial ruins, excellent examples of 17th- and 18th-century military architecture, that, along with Fort San Lorenzo, have been named a UNESCO World Heritage Site. Although they were destroyed many times throughout history, many of the structures still stand, cement-block houses now sprinkled among them.

The fortifications of both Portobelo and Fort San Lorenzo are located along the province’s coast. Forts, castles, barracks, and batteries in Portobelo formed a defensive line around the bay, protecting the harbor—the 14 rusting cannons of Santiago Battery still holding their position today—while those of San Lorenzo guarded the Chagres River’s mouth.

Apart from the ruins, Portobelo’s main attraction, the Festival de Cristo Negro (Black Christ Festival) is a highly revered event. While no one knows exactly how or even when it arrived in the tiny community, many miracle stories are associated with the Black Christ statue, which draws thousands of pilgrims to Iglesia de San Felipe—the large white church in which it is housed—on festival day every October 21. There is also the biannual Festival de Diablos y Congos, a colorful cultural event having originated from escaped African slaves and rooted in a 16th-century form that involved drumming and dancing, devil costumes, and satirical play-acting reflecting their Spanish colonial days. 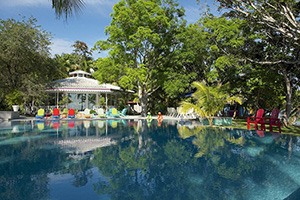 El Otro Lado is a private retreat situated in an exceptional enclave of Portobelo Bay, mixing design, culture, nature and luxury in a unique manner in order to offer its guests authentic, exclusive and custom-made experiences. El Otro Lado is by far the best luxury boutique hotel at Portobelo Panama, situated just over an hour from Panama City, and surrounded by the National Park of Portobelo, El Otro Lado is the perfect place to relax and disconnect while contemplating the exuberant vegetation.

With views of the sea, its four exclusive houses of eclectic tropical design integrate simple details with traditional handicraft of the Atlantic Coast. A streak of truly unforgettable experiences, El Otro Lado will take you to a harmonious and dreamlike place which is equipped with all the comforts of modern life. 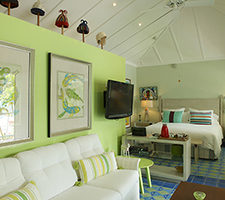 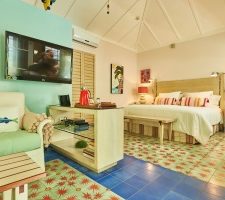 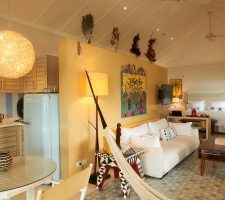 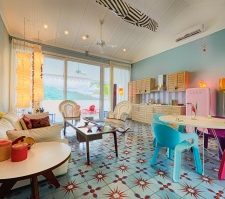 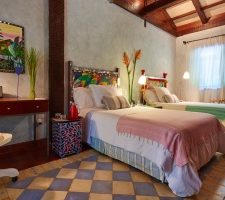 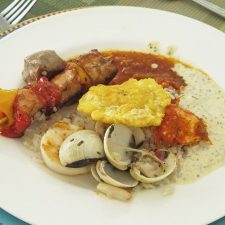 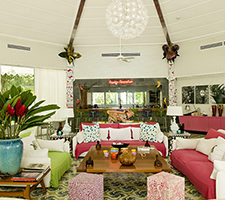 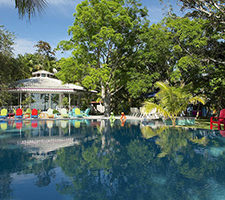