Located in the department of Ica, Paracas is a dramatic landscape where the sea meets one of the driest deserts in the world.

Formed by the convergence of the two ocean currents El Niño and la Peruana (or Humboldt), the resulting environment was one that would encourage and host an astonishing wealth of flora and flauna.

Within the 827,803-acre protected limits of Paracas National Reserve, you will find sea lions, otters, dolphins, and more than 200 species of birds including Humboldt penguins and the Andean condor among countless other species. Within the reserve, visitors can also stop by the on-site archaeological museum to learn more about the Paracas civilization—one of the greatest Pre-Inca weavers—that once flourished here.

Almost 62 miles from the city of Ica itself, in southern Peru’s Nazca Desert, there lies one of the greatest archaeological mysteries of the world, the Nazca Lines, which were declared Cultural Patrimony of Humanity by UNESCO in 1994.

Scattered about the desert plateau, eternally-etched in the tannish-red sands and revealing the white earth beneath, is a series of geometric shapes formed of straight lines, triangles, spirals, circles and trapezoids, otherwise known as geoglyphs, of which there are some 900, as well as figures depicting both natural and supernatural beasts including a spider, a hummingbird and a monkey, otherwise known as biomorphs, of which there are some 70 in number.

These designs are so colossal that one must ascend to an altitude of 1,500 feet to get a full picture.

Why they were drawn, or better yet, how, has yet to be solved. Although, there are endless theories. A recently-researched idea is that the markings may possibly have some connection to water, a search for water sources in the region having revealed a connection between some of the lines and ancient aqueducts.

Making the plateau and its enigmatic etchings a master map of sorts of Nazca Desert’s underground water sources—something that would certainly be handy in one of the driest places on Earth!

Reasons to Visit
Recommended Stay
When To Visit 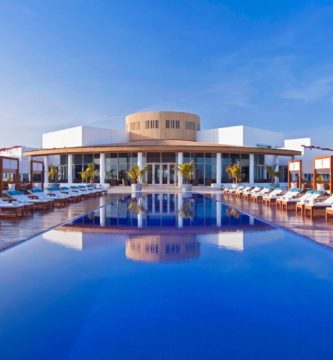 Situated along the Paracas Bay, Hotel Paracas, A Luxury Collection Resort, is designed to immerse guests in the unique culture of Peru’s central coast – without losing the luxury of metropolitan accommodations. The interior design concept is contemporary without being urban, and meshes perfectly with the hotel’s location by the sea. The 120, comfortably equipped guest accommodations offer a choice of room type options – 16 of which are suites. Some sites feature a terrace or an outdoor plunge pool. Hotel facilities include 5 dining and bar options – the central restaurant highlighting Peruvian and Mediterranean cuisines; two pristine, heated outdoor pools; a spa; a fitness center; and a children’s Explorer’s Club, a special program designed for young explorers. Hotel Paracas offers a range of non-motorized nautical activities, with lessons and boat use available for a small fee, while snorkeling gear and catamaran/kayak rentals are complimentary. And T’ikariy (tour desk) is committed to offering an array of unique adventures around Paracas, with a series of non-traditional tours available. Admire marine wildlife and sunsets from a 52-foot luxury yacht, fly over the mysterious Nazca Lines, or visit the ecological Ballestas Islands sanctuary for an up-close look at sea lions and penguins. At Hotel Paracas, A Luxury Collection Resort, the combination of wildlife encounters and world class comfort are perfect for any discerning traveler. 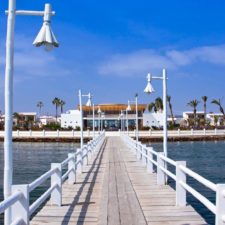 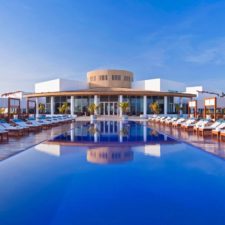 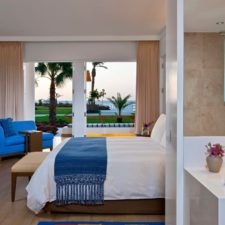 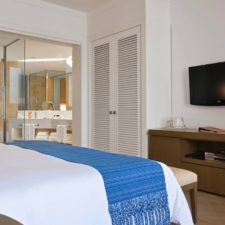 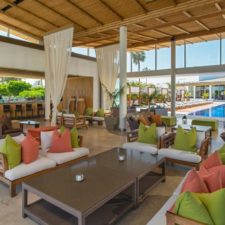