Welcome to Belize! Your family will be amazed and truly astounded by the beauty, culture and diversity of wildlife and geographical locations during this once in a lifetime trip!

Let's go on an adventure!

Enjoy an exhilarating zip-lining adventure, then relax on a cave tubing exploration

Travel to Hopkins, stopping for a refreshing swim at the Inland Blue Hole along the way. Enjoy a 4 nights Reef & Rainforest package with Hamanasi Adventure & Dive Resort

CONTACT US ABOUT THIS TRIP
Day 1: ARRIVE BELIZE CITY

Welcome to Belize!
Your Belizean adventure begins with a transfer to San Ignacio. 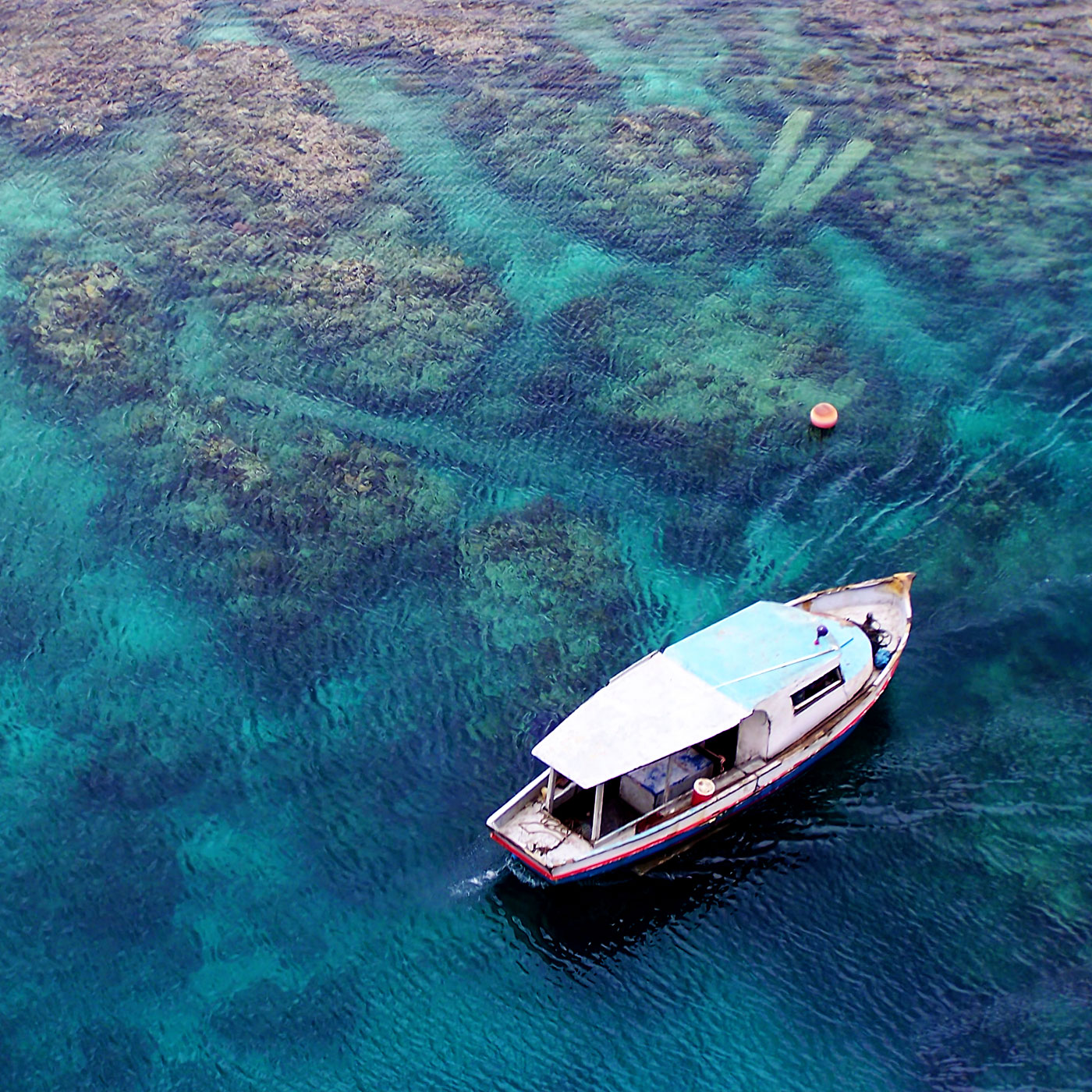 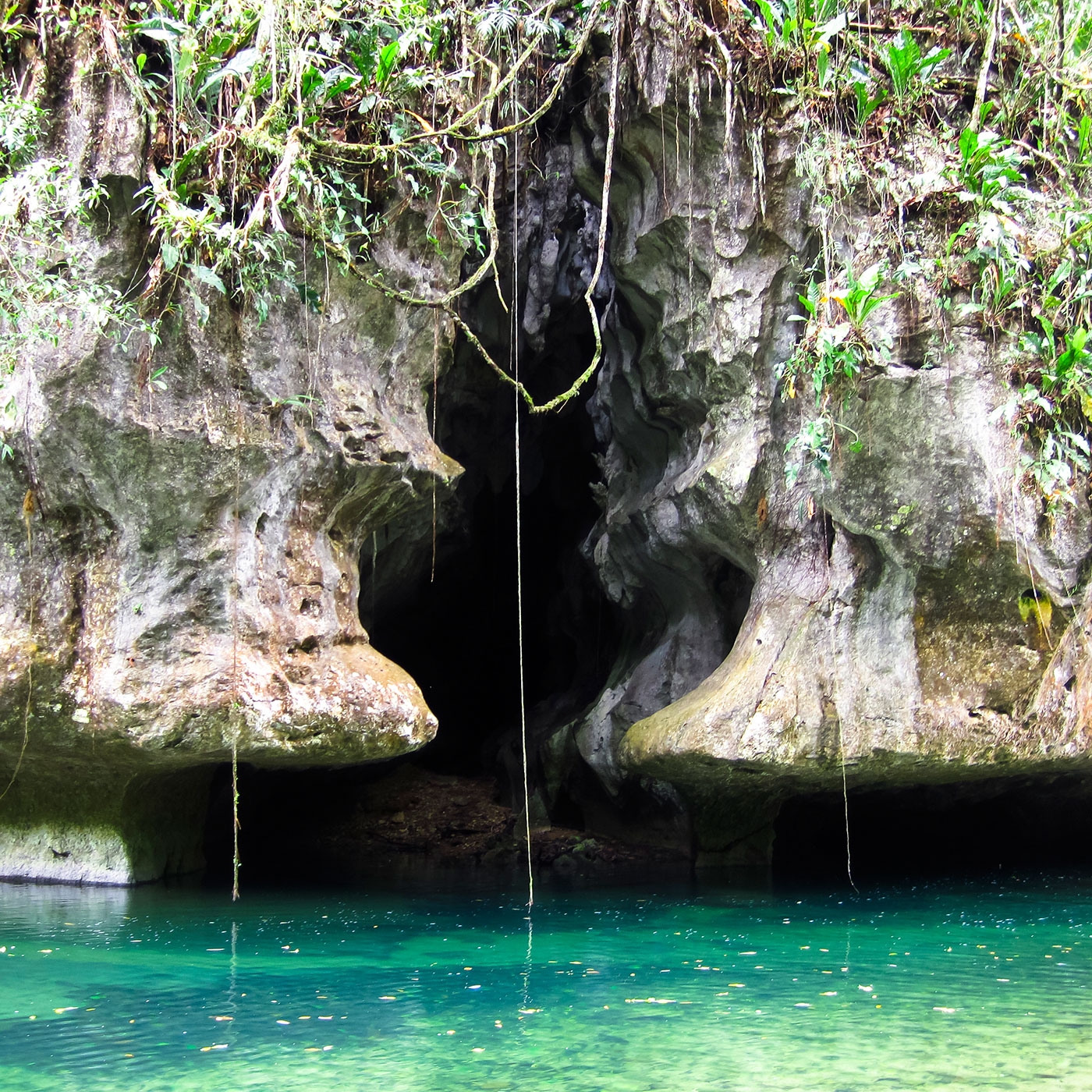 Extreme zip-line tour through the jungle

Get your adrenaline going with an extreme zipline tour through the jungle followed by cave tubing.

Soar through the subtropical jungle of Belize, on the longest aerial runway found in the country, giving you an exciting opportunity to gain a bird’s eye view of the rainforest. The CJV Extreme Zipline tour combines over 2,700 feet of zipline over and through the jungle, with a cable walk over Rock Canyon. You then climb up a rock and subsequently rappel approximately 50 feet and end this tour zip lining back on a 500-foot run in Superman style!

After lunch, the adventure continues with cave tubing. Step into a rubber tube and float leisurely into the mysterious subterranean world of “Xibalba” – the mythic underworld of the ancient Mayans. Enter an inner sanctum of crystal stalactites, stalagmites, rim stone pools, and ancient Mayan artifacts. You will be led through a living natural cave system to witness the ongoing miracles that created this masterpiece of underground wonders. The crystal room, which is located inside the cave, has many beautiful formations that are enhanced by the light of your head lamp. At points within the cave your guide will lead you on foot to further explore the many wonders that await you in “Xibalba”.

Located within the Belizean rainforest, this site includes Mayan plazas, palaces, and temples, as well as a modern museum. The hills were first occupied between 400 and 200 BC, though it wasn’t until 600 AD that Xunantunich was used as a ceremonial site — making the entire settlement some 1,400 years old. Your expert guide will explain the culture and beliefs of the Mayans, and you will see the ancient ball court where warriors often lost their heads whether they were victors or losers! From atop the ruins, you can take in a 360-degree panorama of the surrounding mountains and valleys.

Take advantage of the many on-site activities offered at Chaa Creek this afternoon. The 400-acre private reserve hosts miles of trails for horseback riding and hiking. Canoe trips down the Macal River are a relaxing way to travel through the jungle and with the Natural History Centre, Butterfly Farm, Rainforest Medicine Trail and numerous activities, your afternoon at Chaa Creek is sure to be full. 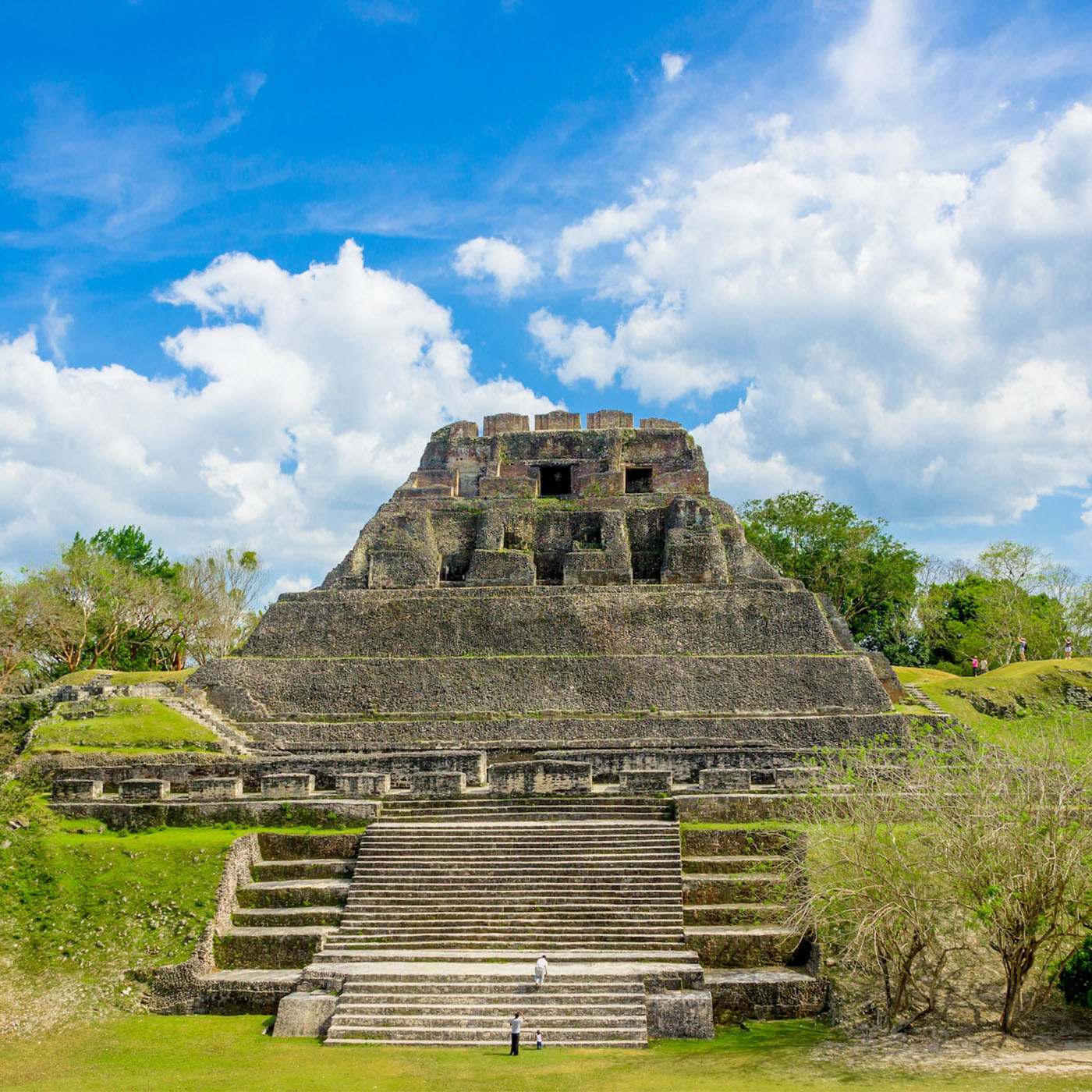 One of Belize’s most impressive attractions, Actun Tunichil Muknal Cave, also known as the ATM, is an ancient Maya ceremonial Belize cave rich in both history and artefacts. Although featured in National Geographic, other documentaries, magazines and guidebooks, a visit to this spectacular Belize cave is still an off-the-beaten track adventure that even Indiana Jones would appreciate.

Actun Tunichil Muknal was perhaps the most important of sacred Belize caves, one in which the ancient Mayans conducted elaborate ceremonies to appease their gods. Once inside, visitors wade along a shallow underground river before scaling ladders that lead to sacrificial altars still surrounded by jade axe heads, pottery, blood letting implements and other artifacts. The highlight of the tour is the famous Crystal Maiden, from which this Belize cave gets one of its nicknames.

The intact skeleton of a young sacrificial victim has over the years been coated with a sparkling crystal carbonate, giving her an eerie sparkle that shimmers in the torchlight. With its combination of natural beauty and the wealth of relics left behind from mysterious Mayan ceremonies, a visit to Actun Tunichil Muknal is an experience guaranteed to leave you with unforgettable memories and a rare, in-depth look into the life of Belize’s ancient Maya. 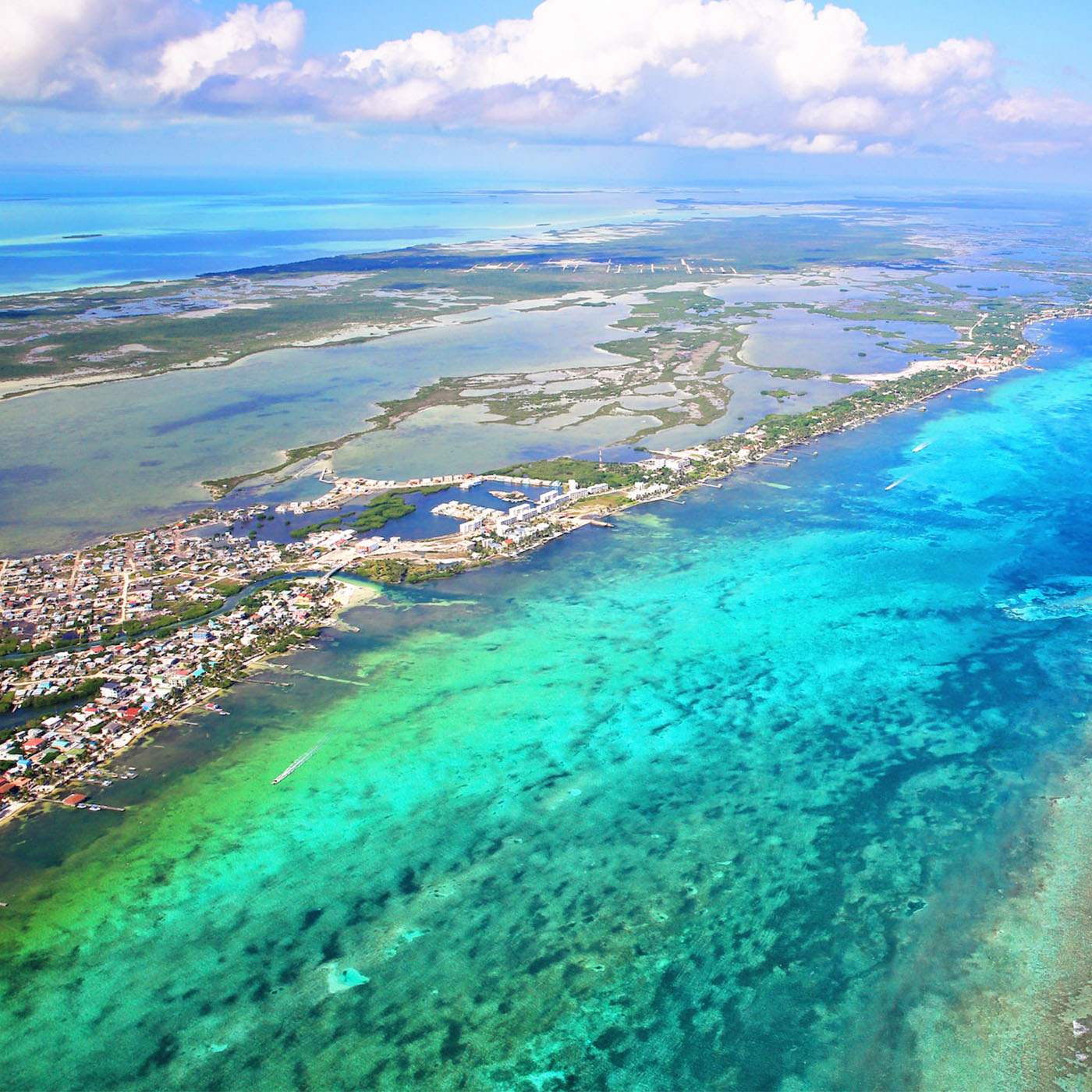 Travel to Hopkins, stopping for a refreshing swim at the inland Blue Hole along the way.

As you travel on the Hummingbird Highway, a stop and short walk through the jungle brings you to one of Belize’s prettiest swimming holes. The inland Blue Hole is a sapphire-colored sinkhole where you can enjoy a cool swim. After a picnic lunch, continue to your eco-resort in Hopkins.

Your Hamanasi program includes accommodation, all meals, transfers, and two adventures of your choice. The signature Reef & Rainforest package allows you to mix and match the most popular adventures both on and offshore. It also allows ultimate flexibility to add additional adventures or choose to just kick back for a day.

Plunge into crystal clear Caribbean waters and see a kaleidoscope of colorful fish and corals just beneath the surface. Trek through dense jungle trails spotting raucous parrots, graceful orchids and hidden waterfalls surrounded by cascading verdant vines. Reach the summit of an ancient Mayan pyramid and take in views of the lush rainforest spread for miles around. Learn to scuba dive or expand your dive knowledge and go pro, all in the warm waters of Belize. 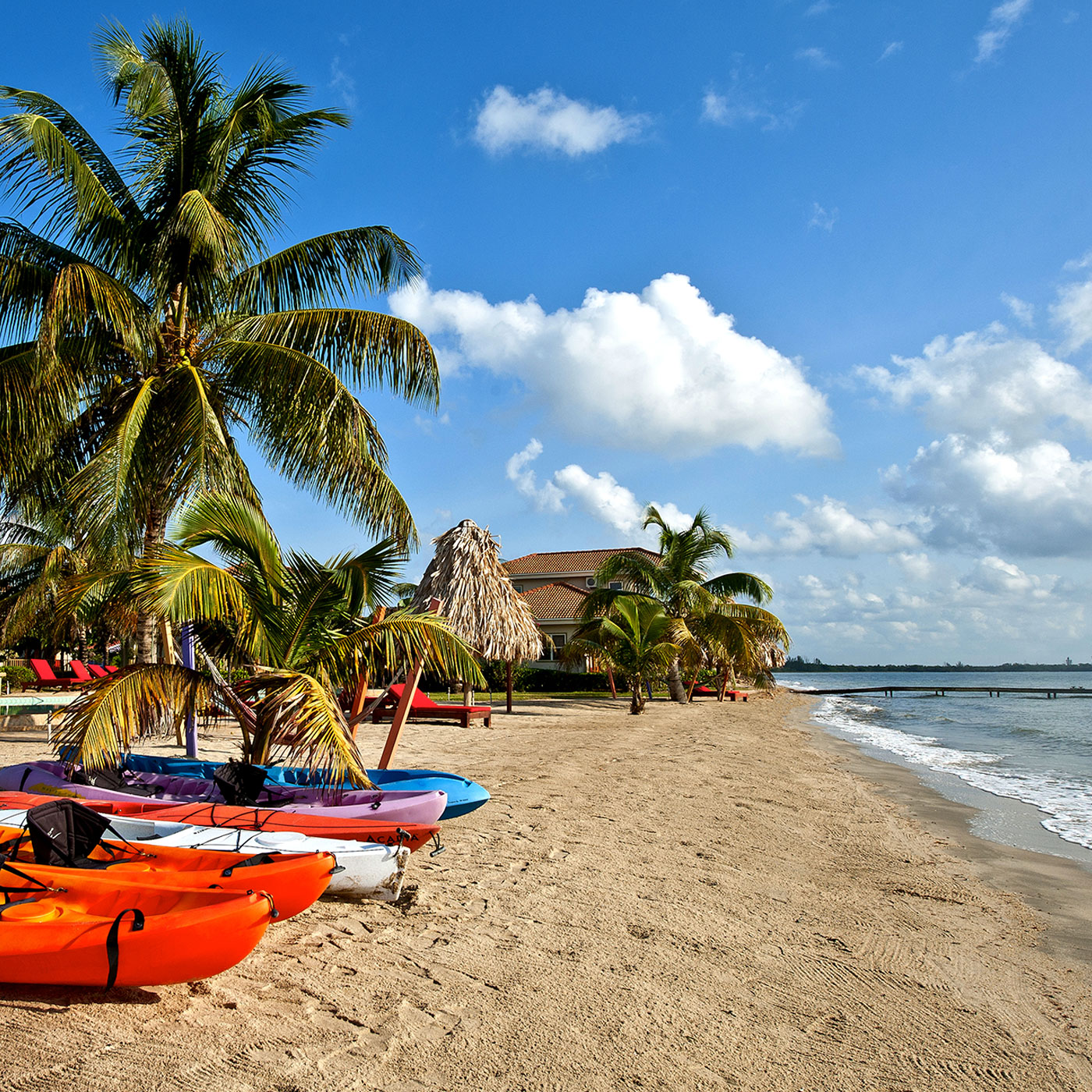 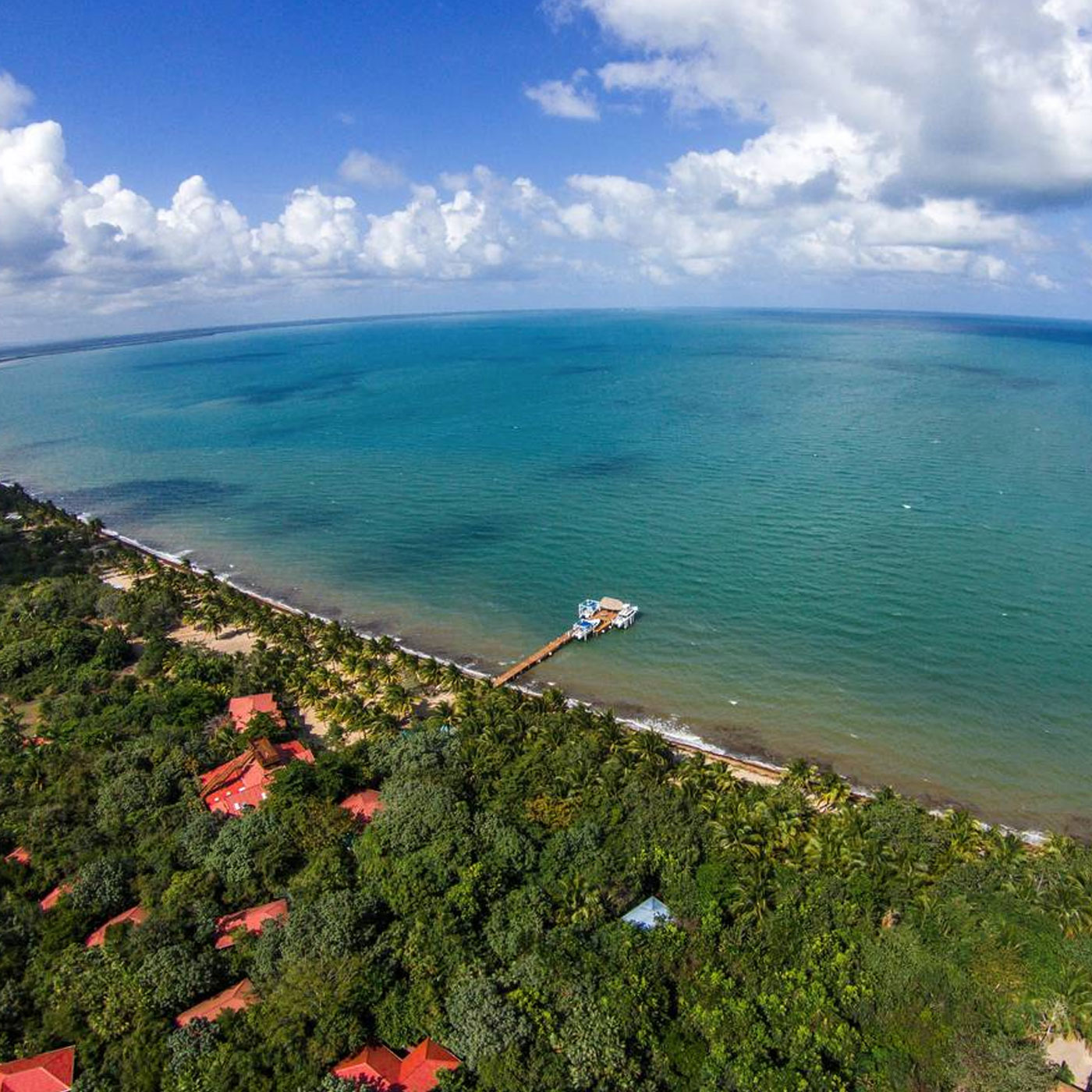 Fly from Dangriga to Belize City and depart Belize. 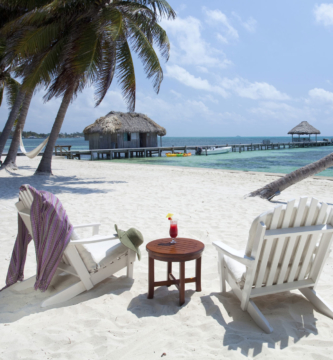 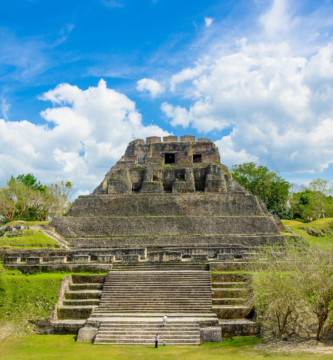 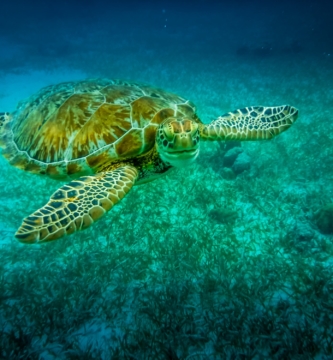 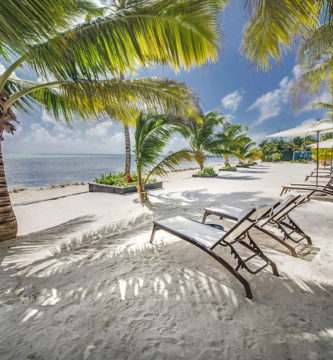 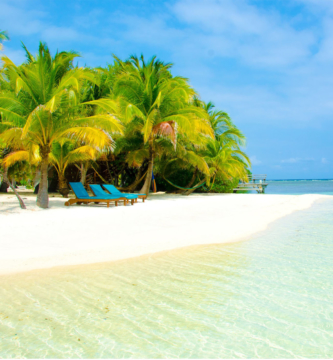 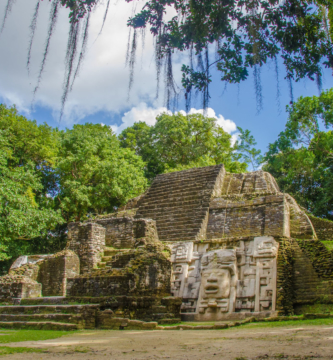 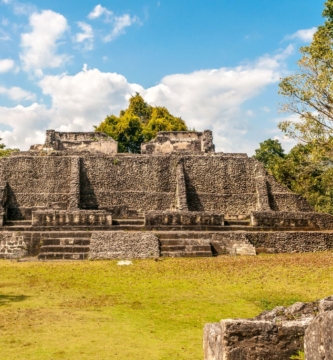 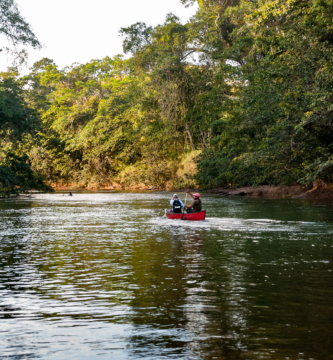